The tragic terrorist attack on the French satire magazine Charlie Hebdo is reprehensible, disgusting, and stands as a blow against all of us, our cherished freedoms and our entire civilization. While shocking, it’s hardly surprising, however, and puts the concept of “free speech” directly on radar. 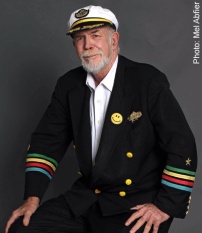 Dick Kulpa’s satire commentaries have moved mountains and erupted volcanoes dating back to 1969, at one point requiring a police escort for this cartoonist. Dick knows this business all too well.

Another notable paid the ultimate price for what his killer termed “blasphemous” remarks made in 1966. In 1979 Mark David Chapman shot John Lennon, reportedly over Lennon’s infamous “Beatles are more popular than Jesus Christ” comment. Extremists come in all religions.

Is freedom of speech through satire endangered? Will corporate masters cave in to intimidation and reign in satirists as a result? I personally used “satire” as a weapon for years and endured repercussions. Though my “satirist side” wants to urge all my fellow satirists to stand defiant and to “put tho bad guys in their place,” my pragmatic side disagrees. “Learn from this and apply it accordingly.”

While we generally have the right to say what we think, this does not always mean we should. For instance, IUDEXonline may lampoon specific actions of extremists, but will never target any overall religion. Satire here is applied in measured amounts for specific reasons; sowing hatred is not one of them.

In capable hands, “satire” can be a highly potent and powerful weapon, calling to mind another relevant quote: “With great power comes great responsibility.”

My point? Discretion is the better part of valor. The pen may be mightier than the sword, but it’s no match for an AK-47.

One thought on “Charlie Hebdo Massacre: Statement from the Publisher of CRACKED Magazine and IUDEXonline.com”