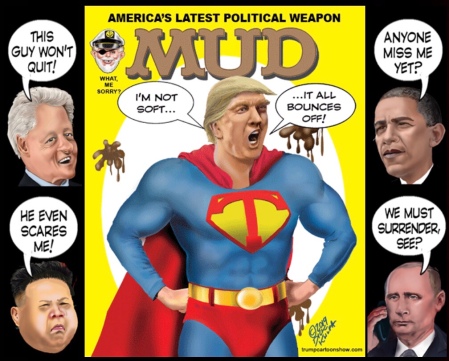 Is there ANYTHING good that could be said about President Donald Trump, or, better yet, that SHOULD be said? I think so — and I’ve launched such an effort. I’m neither Republican nor Democrat, liberal nor conservative, I’m non-partisan. In short, I’m not “programmed.”

Like lots of folks at the time, I too was skeptical about Mr. Trump since the day he entered the Presidential race. I drew several cartoons about him, some pro, some against.

However, I did NOT like Hillary, or anything she and other status quo candidates represented. (An expert warned me back in 1987 that a “world wide” economy would lower American worker wages to peasant levels within 40 years, and everything I’ve seen, every financial expert I’ve spoken to since, support this.)

Upon Trump’s election to the chorus of howls of protests, I prepared to do an anti-Trump political cartoon, inspired by a news story at the time. Researching that story, (which I always do), I found that story in error, his “remark” misinterpreted. That killed my idea.’

Two weeks later, I tried again. “My liberal Facebook friends will LOVE this,” I said, as I prepared paper and pencil. Once again, research seemed to indicate his “objectionable” remarks as spotlighted in the media to be taken out of context. “WTF?” I asked myself, as I again abandoned the project.

I would see this again and again. “Trump is NOT supposed to be in this position,” I surmised, “and the ‘powers that be’ don’t like it.”

Trump’s past is obviously rife with some “naughty” stuff and comments, aka “locker room talk,” certainly non-presidential. It should be noted, however, that “dress stains” aren’t too presidential either.

But I’m not here to judge another’s sins.

This cartoon was drawn during the Clinton/Lewinsky scandal under the title “Hippo-Critters,” defending “Bubba” against the Congressional assaults he was enduring.” At the time. 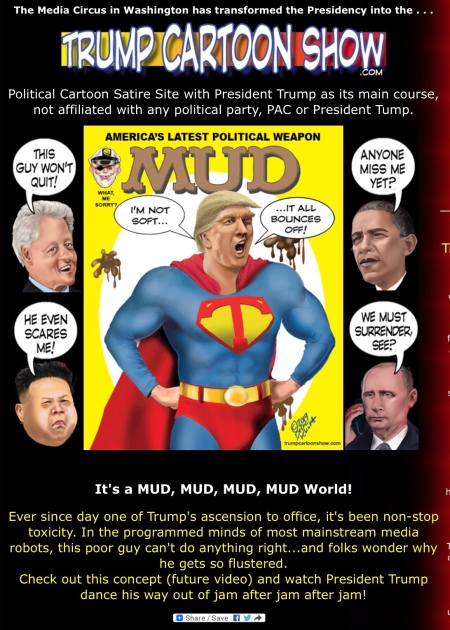